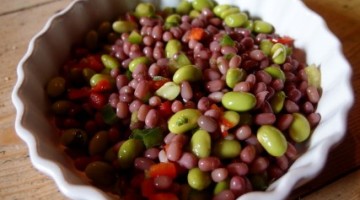 Hitchhiking: How It Began 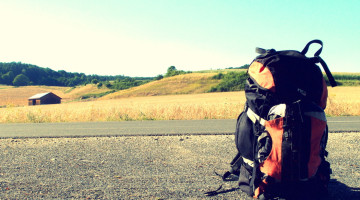 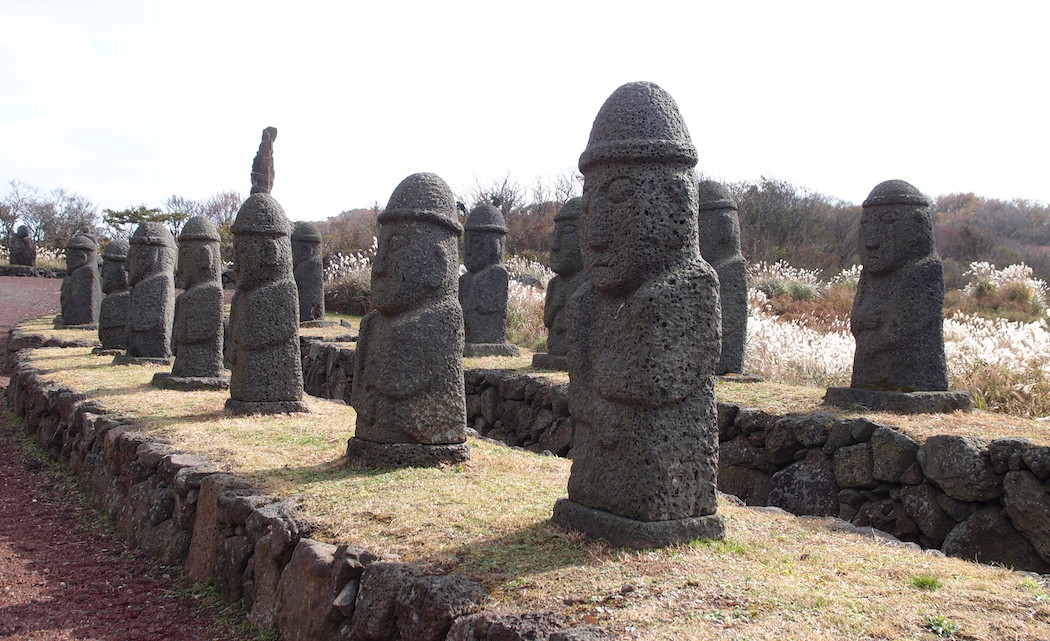 I’ve come to know a bit about Korea after being here for four months now.  It has a rich history, there are many natural wonders, and the night life can be outrageously cheap if you play your cards right.  With that being said, I’ve encountered some pretty curious ideas and norms in this place, and it seems absurd to not share them with the world.

Korean culture is very conservative.  Boys and girls are separated in school at the start of middle school and don’t reintegrate until college, causing their interpersonal skills with the opposite sex to be awkward, to say the least.  There is virtually zero sexual education, which is supposedly the reason that Jeju Island boasts “Love Land”- a sexual park aimed to educate adults through obscene sculptures.  With all this in mind, it’s difficult not to notice the large amount of sexually provocative art and phallic symbols in the ancient culture.  The dol hareubang featured above are the symbol of fertility and protection and are placed outside of gates and bridges to guard against demons crossing.

Upon my arrival in Korea, my new co-worker and I decided to venture out into nationally-renowned scenery at our doorstep.  Living in the Korean version of Hawaii (supposedly), we were prepared for tourists and an obnoxious amount of smartphone and tablet photos.  However, we were definitely not prepared to be the subject of those photos.  With the sea on one side of us and the largest mountain in the country on the other, we expected the photos to be of anything but two girls standing in between.  I’ve come to realize, though, that in an utterly homogeneous society, anyone with larger eyes and bright blonde hair is bound to stand out.  I’m so accustomed to this now, in fact, that I didn’t object when several drunk Korean guys actually asked me for some photos with me the other night. Completely harmless, a bit awkward, but oh well. It’ll give them a conversation starter with their friends the next day.

Another thing I was shocked to witness was people walking backwards: down hills and mountains, and even around a flat track.  It’s giggle-worthy and looks a bit ridiculous, but it actually is much more comfortable for your knees! I tried after hyperextending my knee and looking like an idiot waddling down a mountain, greeting the others who passed me by.  Again, they seemed to enjoy watching this obvious waegook go along with their customs.

“Teacher! No! Heat is bad for you.” Excuse me? “Teacher, you will die!”.  This was the response I got from my most intelligent group of fifth graders when I tried to turn the heat on in our classroom.  The past winter was the easiest and warmest winter of my life (I’m from Detroit), but for some reason, my school insisted upon leaving the hallway windows open all day.  Many teachers also chose to keep their windows open, even when it reached lows in the 40s, opting instead to keep their coats on all day.  The reason? Heat is bad for you. There’s a strange obsession with the “health benefits” of cold air, and being anything but frozen stiff in my classroom is seemingly uncommon.  I’ve heard pretty much the same thing from most of my expat friends here, so I know it’s not just my school being frugal.  Maybe they believe that you can focus more if you’re not warm, but that is one Korean normality that I just can’t jump on board with. I like wearing my coat…outside.

In the West, this would only be done as a complete piss-take.  In Korea, though, it’s quite popular for young couples to buy matching jackets and sneakers, as if they’re representing the varsity team. Every time I see this, I can’t help but chuckle.  Dressing baby twins identically can be cute; dressing opposite sex adults is not.

6. Obscene amounts of mould and how it’s dealt with

When J and I lived in Istanbul, I thought that I’d witnessed the most offensive and disturbing amount of mould possible.  Arriving at our new flat (that was promised by the landlord to be scrubbed clean), we were met with a bathroom capable of killing you.  It took us hours to scrub and remove the sealant.  However, that was the bathroom, where everything is tile and can be bleached.  When I came to Korea, I couldn’t move into my apartment for the first week because “it needed to be cleaned”.  Showing up for the first time, I wasn’t overjoyed at the state, but it was definitely an upgrade from my last slummy flat.  Three months into living there, I made the “mistake” of moving my wardrobe: it had been strategically placed to cover an entire wall of mouldy wallpaper and rotten wood.  After moving other furniture to investigate, I found countless walls that had moulded due to the extreme humidity and been covered (and re-covered) with more wallpaper: No bleach, no professional cleaning nothing.  Out of sight, out of mind?

7. The odd combination of sweet and salty

Sure, many cuisines combine a variety of flavors, but here in Korea, I’ve encountered some of the most peculiar tastes.  Some foods are surprisingly tasty despite the not-so-appealing appearance, but others contain a pretty strange combination of East and West.  Bread, for example, isn’t so great here and frequently comes with a sweet glaze and garlic, hot dogs, or fake cheeses.  To be honest, I actually like the curious taste of the garlic and glaze, but I’m not such a fan of sweetened seaweed pretzels.  All-in-all, proceed with caution when you’re purchasing snacks in this country.  Don’t go based on what the packaging appears to depict.  You might just find an unwelcome surprise.

While in Busan with my co-worker, she confessed that she had a strong desire to visit an apparently well-known Korean novelty: a cat cafe.  I’d never heard of them before, so I agreed to go check it out.  It is what it sounds like: you arrive at a small indoor cafe, order a drink, and play with the 10 to 15 cats that are prancing around.  You’re even given toys to lure the lazy ones over to you.  I can’t say that I particularly enjoyed it, but it was definitely an interesting, albeit bizarre, experience.

Rounding out the list is definitely the most curious thing I’ve heard while in Korea: fan death.  And yes, it is exactly what it sounds like.  It is the most widely accepted urban myth that if you sleep in a room containing an electric fan, you will die.  Maybe one day someone was found dead in a room that had a running fan.  Others believe in a conspiracy theory blaming the South Korean government for spreading false rumors during the energy crisis of the 1970s.  Either way, there aren’t any recorded deaths by fan…obviously.