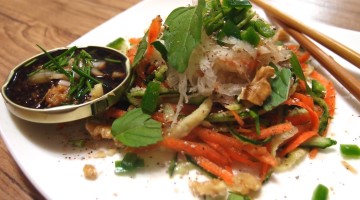 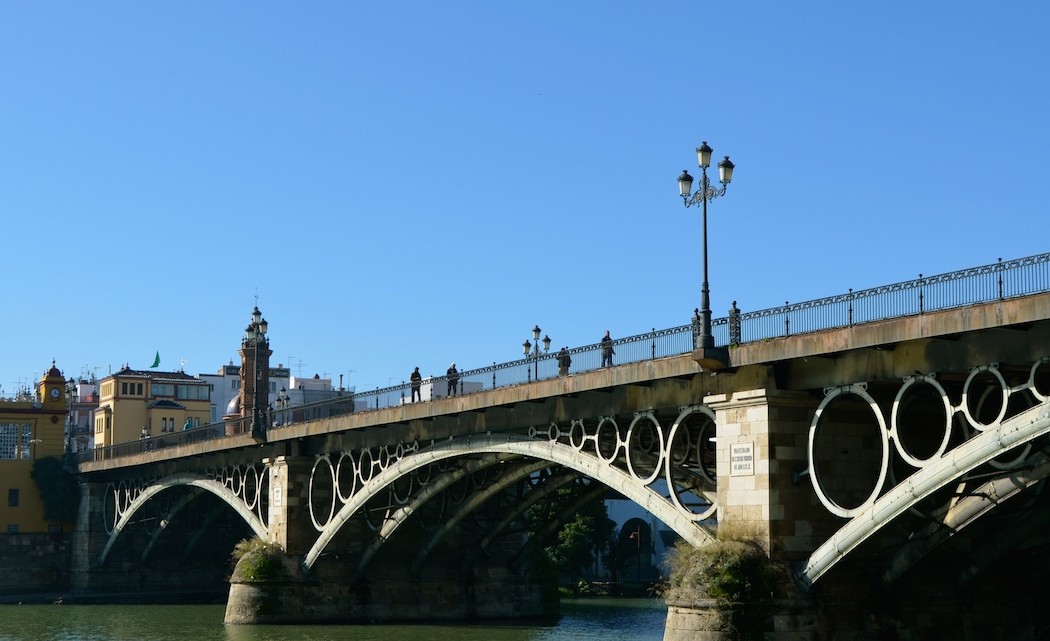 Food is amazing…most of the time. For about the last decade, I have assertively claimed that Lebanese and other Levantian foods made up my favorite cuisine.  Until the other day, this was true, and I definitely still adore it.  However, while perusing the streets of Sevilla and Huelva- actually, hobbling along is more accurate thanks to my crutches- I found the new love of my life: tapas.  I’d heard of these angelic miniature dishes before and was very keen to try them in their native land.  Big mistake? Maybe. I then couldn’t stop eating.  For three days, I ate my body weight in tiny vegetarian delicacies and washed it down with the most refreshing sangria I’ve ever tasted- it really is better in Spain.  To top it off, each small plate only cost between 1.50 and 3 Euros, with a massive glass of sangria rounding out la cuenta at 2.50 Euros.  In fact, J and I had a romantic meal at an upscale restaurant that included 6 tapas, a bread basket, 1 beer, 4 glasses of wine, and 1 sangria for 32 Euros: an absolute steal.  All of this while relaxing at an outdoor table on a beautiful old street…in December.  I realized that, as predicted, I found the slow pace of Spanish life very desirable and much more compatible with my mindset and lifestyle; the climate wasn’t too shabby either.

In defense of my shameless gluttony, this is my favorite kind of eating: a plethora of small dishes constantly being brought to the table that I can share and pick at at my leisure.  J hates when I want to share food, so this was a fool-proof way of forcing him to (you’re welcome, dear).  Going into the meals, I convinced myself that, by not having a massive meal in front of me, I would be much less likely to over-indulge to the point of bursting- I should have known myself better than that.  Oh well, we only have one life to live, so might as well enjoy every new bite that we can while we can, right? 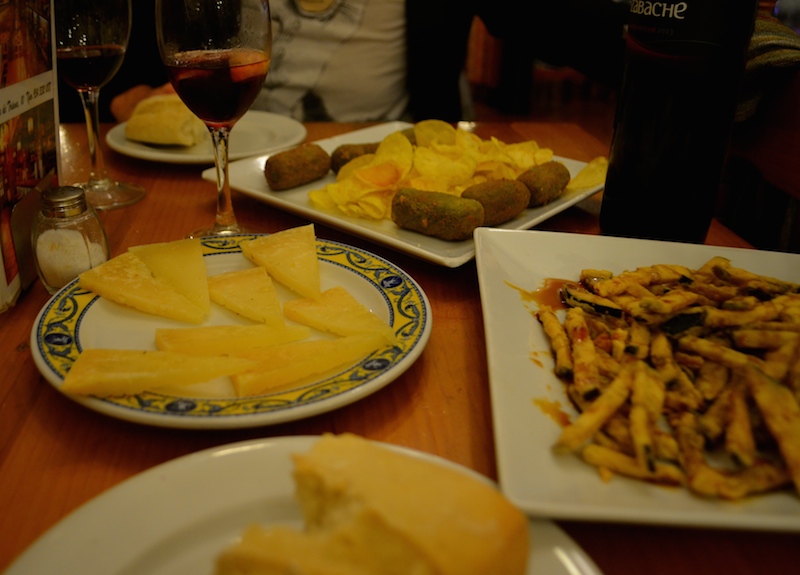 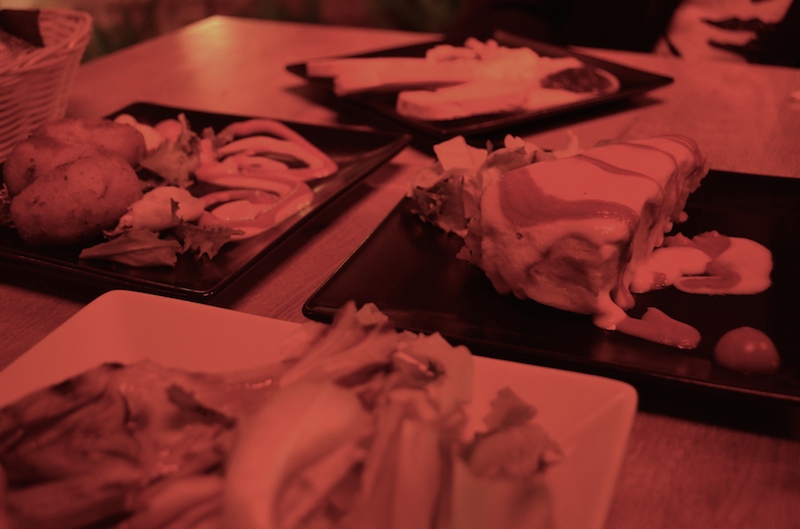 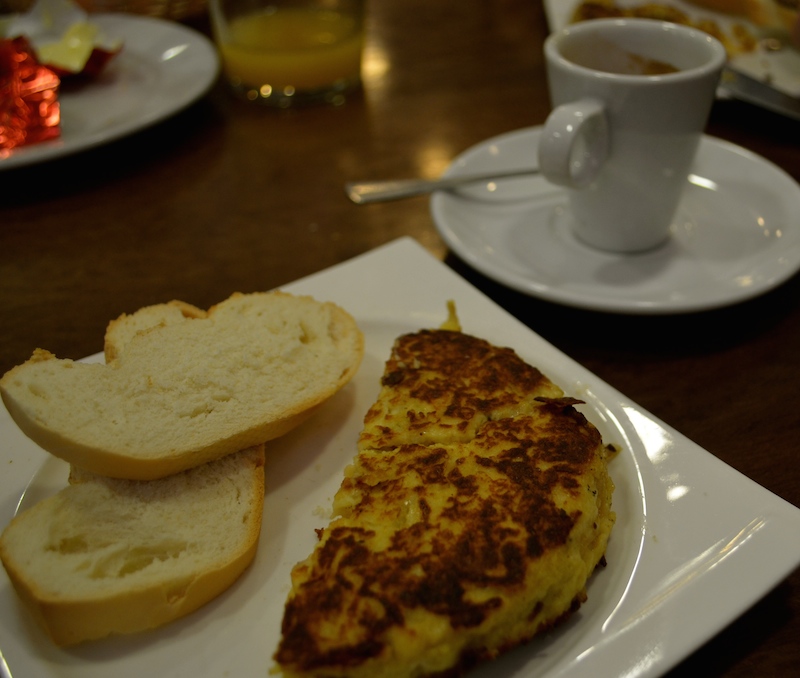 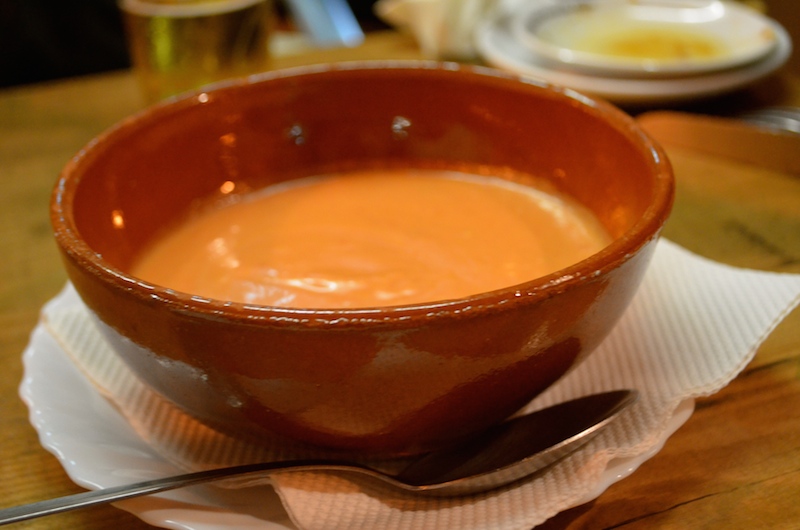 Paella: one of Spain’s traditional dishes; they even made a veggie version for this typically seafood-heavy dish 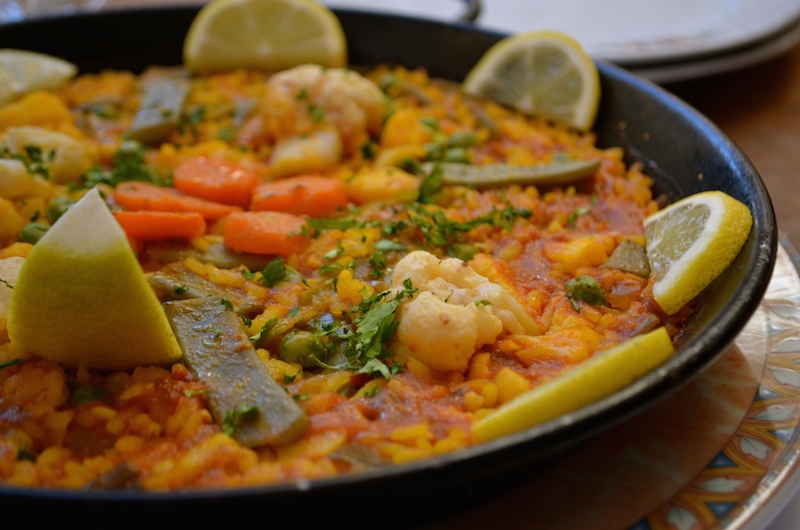 Mistrella: an alcoholic drink that comes in “wine” bottles and gives wicked hangovers 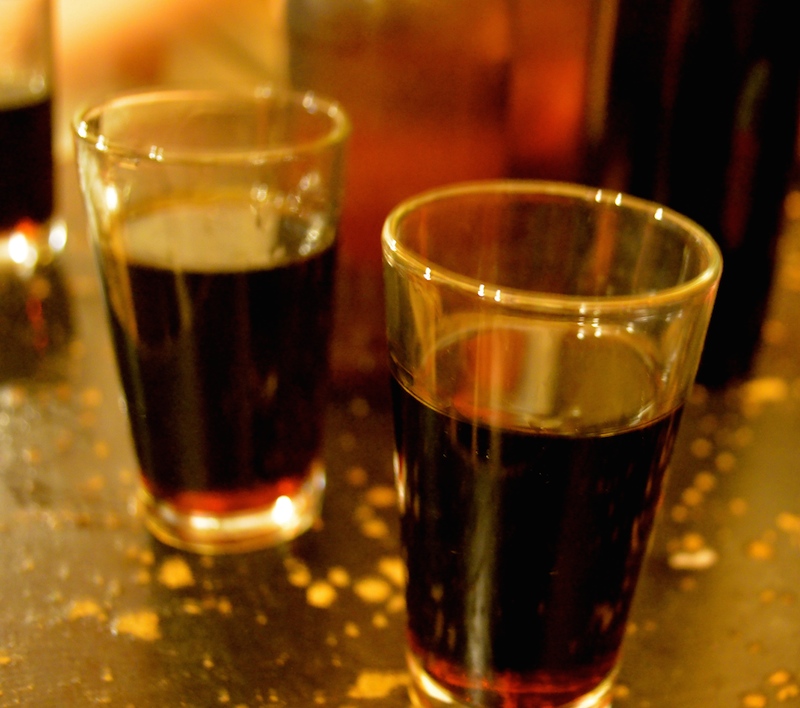 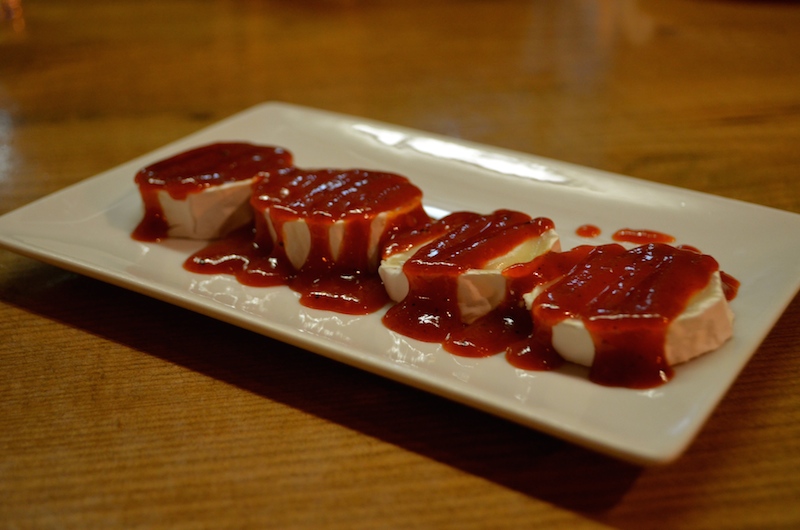 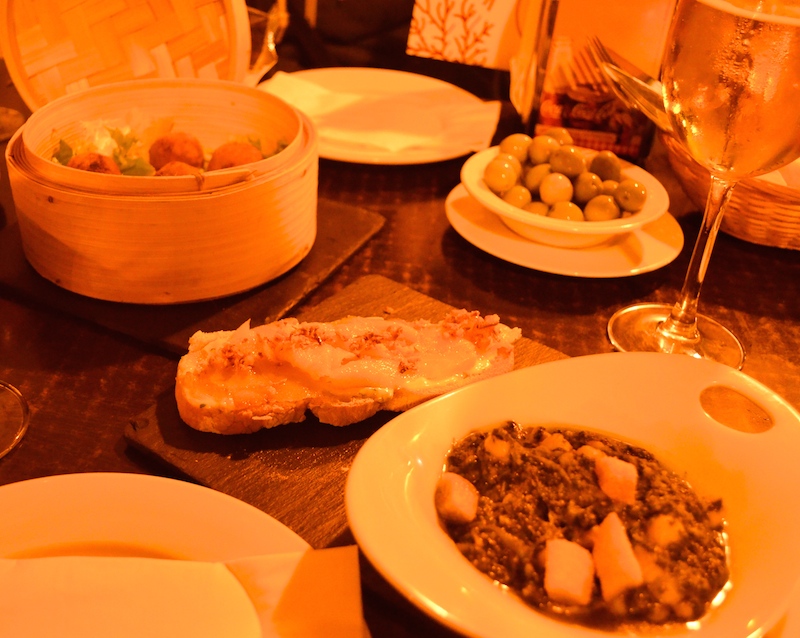 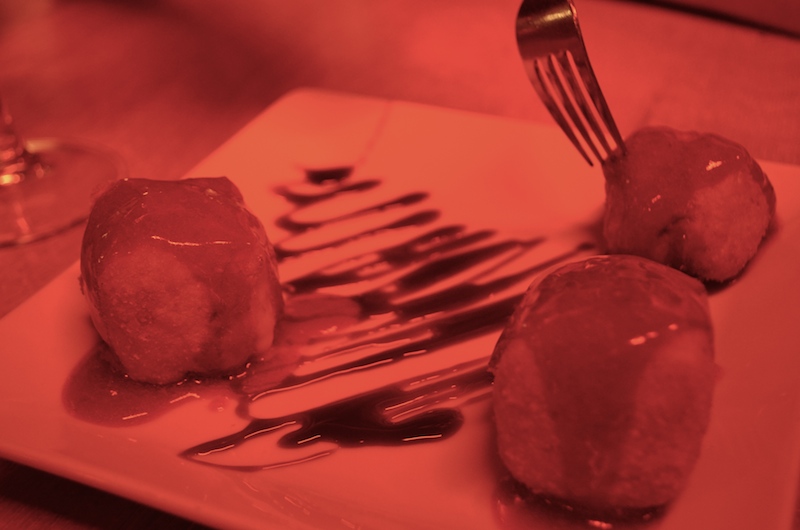 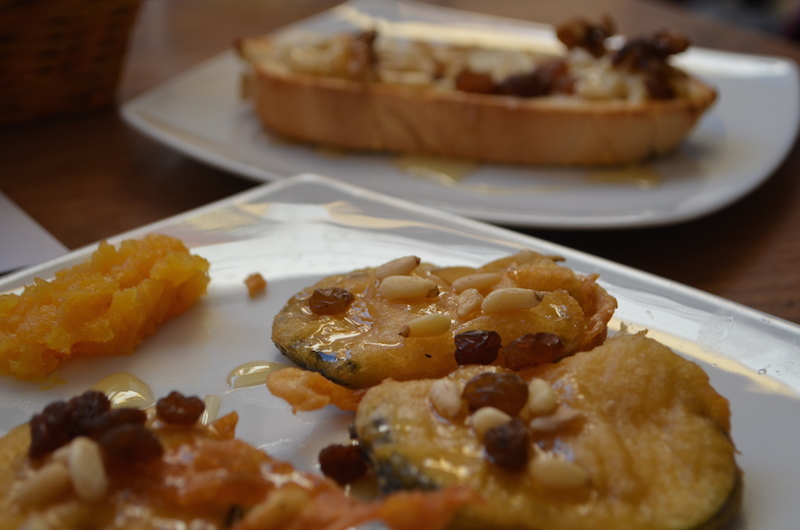 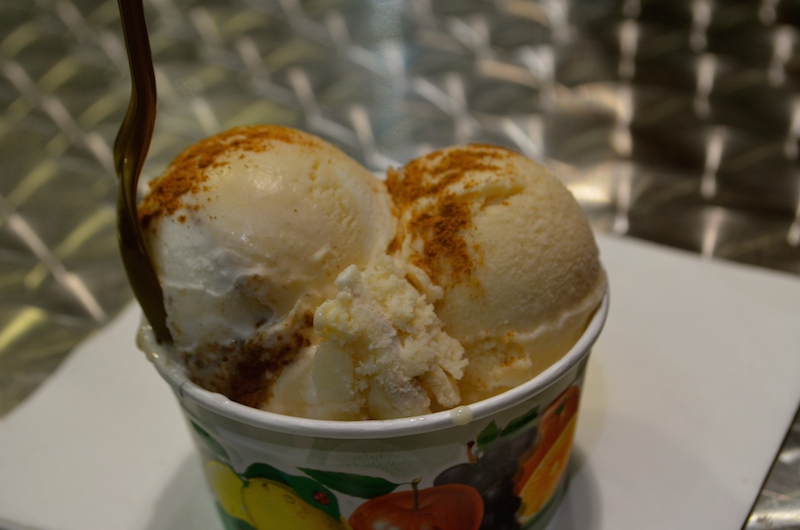 the best sangria, probably, in the world 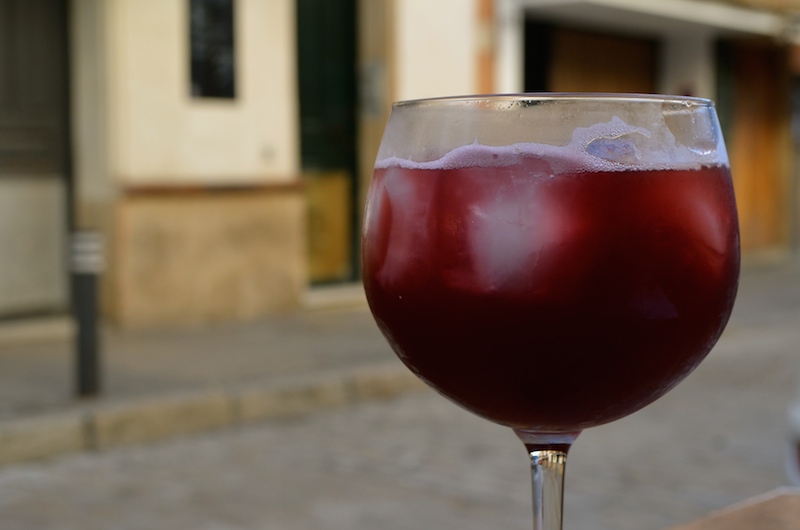 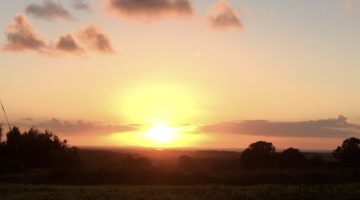