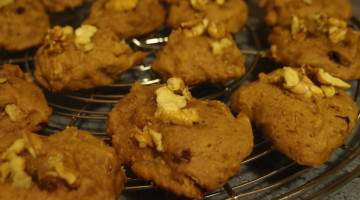 A Rogue Cow and Jeju’s Finest 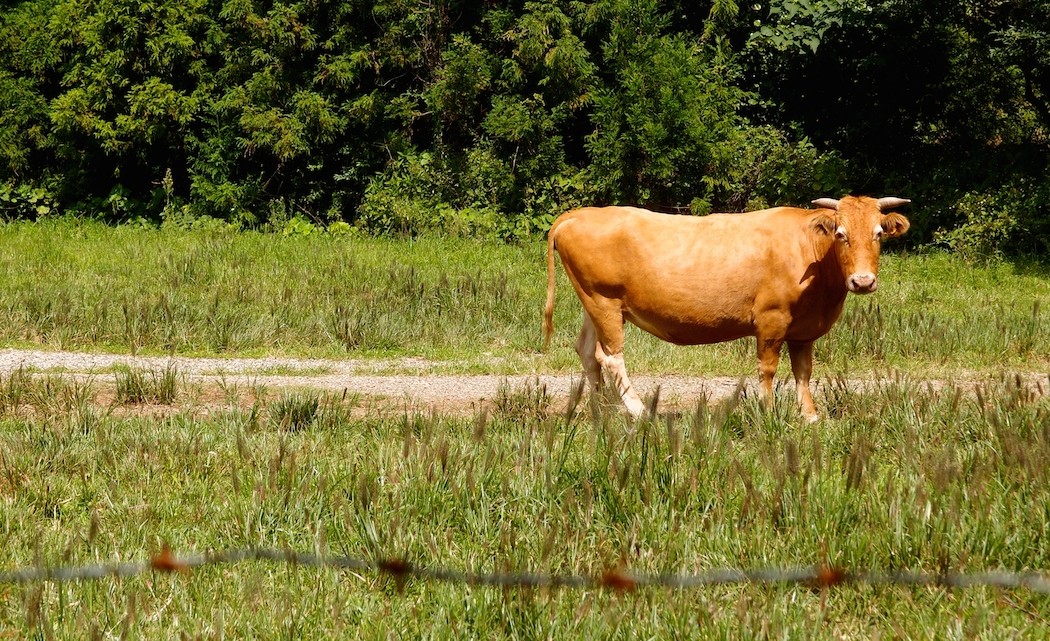 It’s hard to believe that it’s been 11 months since I first came to Korea.  There were a lot of things that I planned to do that didn’t exactly work out the way I planned, and now I have a mere 6 weeks to check a bunch of do’s off my list.  Hiking is one thing that I’ve really grown to love while living in Jeju, although Koreans aren’t always the “easiest” people to share the trails with.  With my remaining block of Sundays, I’ve decided to hike somewhere new each and every week. 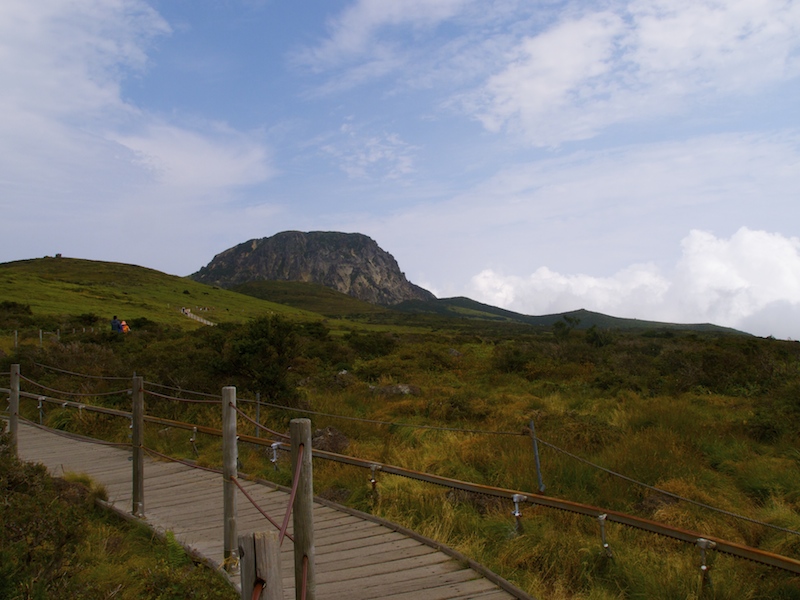 This past weekend, my co-worker and I hiked one of the five main trails that ascends Hallasan, Korea’s tallest mountain.  It was a lovely afternoon- apart from nearly being flatted on our scooters by one of Korea’s many incompetent drivers- and after finishing the four hour trek, we began the journey home.  We took the back roads, opting for the freedom of flying without the worry of constant traffic.  After a brief stop at a temple, we were cruising along at 70 km/h when I couldn’t help but notice a large brown creature trotting a few hundred meters ahead of me.  Naturally, I sped up.

Have you ever seen a cow run? I mean literally, run? I have. Yeah, my mind was pretty blown. Maybe that’s just the city girl in me. Who knows. Anyway, I felt the need to stop and gaze at this massive beast running down the side of the road, clearly far lost from its pasture.  As my co-worker rolled up, I implored her to take a photo.  Whether the cow did not like having its photo taken or it was just a coincidence, I’m not sure; all I know is that at that moment it started to get fairly restless, throwing itself at a large steel gate and trying to “leap” over a much too tall barbed wire fence.  The poor thing definitely looked distressed.

Just then, out of nowhere, a Jeju cop pulled up.  I’ve never understood what their purpose was, since people drive like assholes and make drunken spectacles of themselves on the streets all day and night without even a slap on the wrist, but there he was.  He rolled down his window, frantically insisting that we leave the obviously dire situation. I pretended not to hear him: I wanted to watch my agile cow friend fight the power.  However, we obliged and scooted off after the copper’s tone became slightly more demanding.  I couldn’t help but laugh as I drove off into the sunshine.  Korea’s finest: “saving” blonde waegooks from farm animals since 2014.

*Note: the cow in the above photograph is not the same one mentioned in the story.  That one was too quick to get a clear photo of. I promise I’m not making that up.

Next post The Worst Ride in Ukraine (and possibly the world)