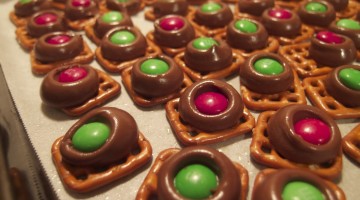 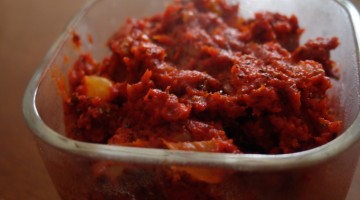 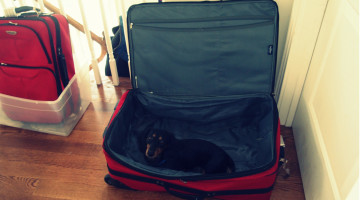 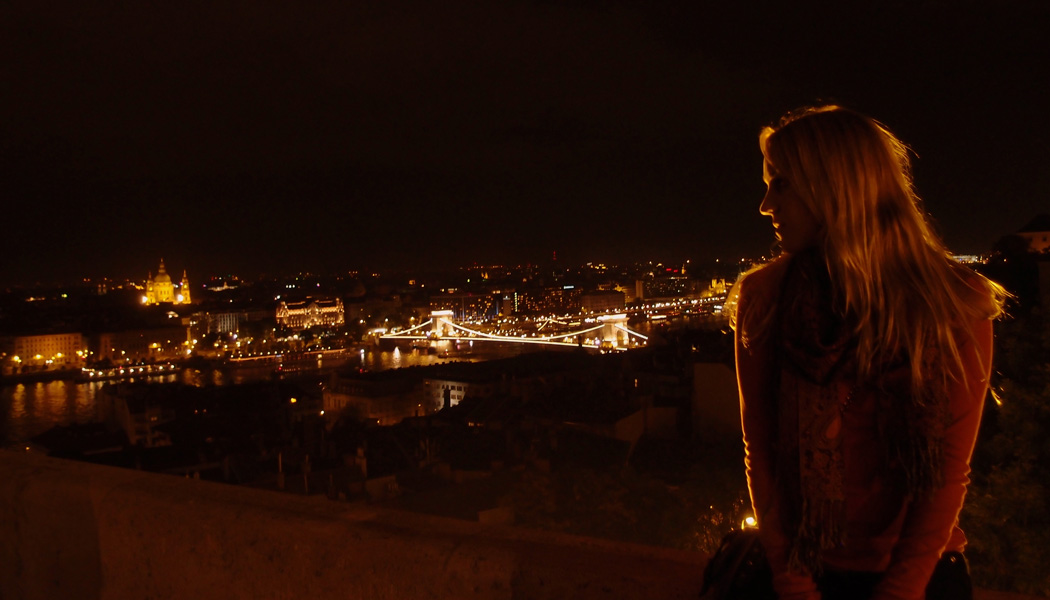 The Huffington Post Readers’ Choice Awards recently named Budapest, Hungary as one of the number two cities in the world and one of the number one cities in Europe (tied with Florence, Italy in both categories).  Over 1.3 million travelers voted, giving the city an 83.8 overall rating for its good food, things to do and see, beautiful buildings, and ease of navigation for exploring.  It has been deemed a “classic masterpiece”, receiving a 94.2 for culture, 82.5 for friendliness, 89.4 for atmosphere, 80 for restaurants, 83 for lodging and 70.7 for shopping.  I couldn’t possibly agree more, although they forget to credit  the kick-ass night life.  Most of these categories mean nothing to me as a traveler, as I’ve found judging a place for myself to be more reliable, but it just so happens that Budapest actually is my favorite place in Europe.  I have only the best memories from the three or four times that I’ve visited, and I’ve made some great friends there; it’s also vegetarian-friendly and super simple to hitchhike to.  Definitely worth visiting- I know I’ll be returning.  Here’s why:

It’s cycle friendly: Although it’s beyond easy to black ride the street trams in Budapest-free-riding is not so morally sound, but hey, on a traveler’s budget, sometimes you need to make necessary sacrifices- I highly recommend getting a bike if you can get your hands on one.  I love to cycle: it’s eco-friendly and efficient, and all you need to rely on is your legs (and probably a lock).  The city covers a 202 square mile area, and you can easily reach everything in the central zones on both the Buda and the Pest side by bike.  The EuroVelo also runs through the city, allowing you to experience some spectacular views of the Danube, Parliament, Buda Castle, and the bridges, even if you’re just passing through. 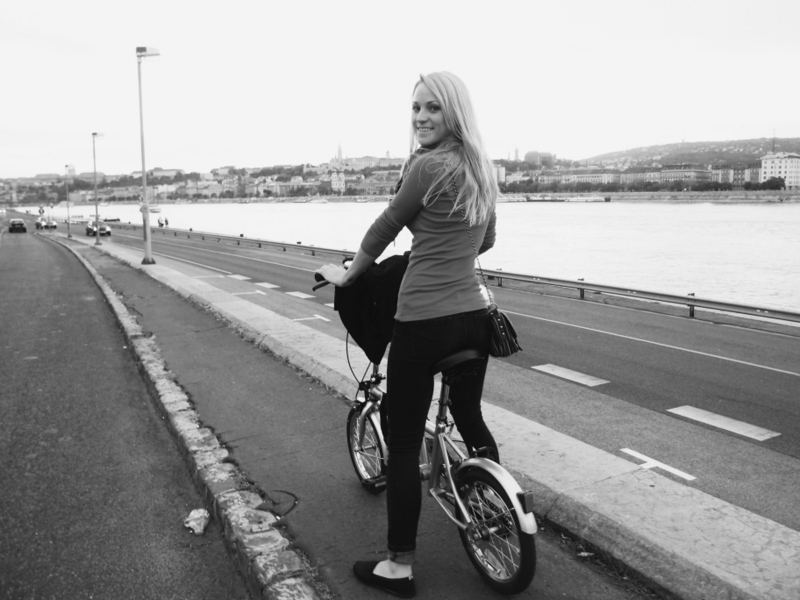 Cycling on a little bike is twice the fun.

Citadella: The Citadella is a former military fortress built by the Habsburg Monarchy.  It was actively used throughout the years of the Austro-Hungarian Empire, and was occupied by Russian troops during the Hungarian Revolution.  Situated on top of Gellért Hill (directly next to the Danube and Elisabeth Bridge on the Buda side), it is one of, if not the most, distinctive landmarks in Budapest;  “Lady Liberty”- a statue of a woman holding a palm leaf- can be seen from nearly anywhere in the city.  After making the 15-20 minute hike to the summit, there are two restaurants (one indoor and one outdoor) and a bar/lounge with the most spectacular views of the city, although the drinks are a fair bit more pricey than at the bars at the bottom of the hill.  There are also some statues, various vendors, and old military equipment. 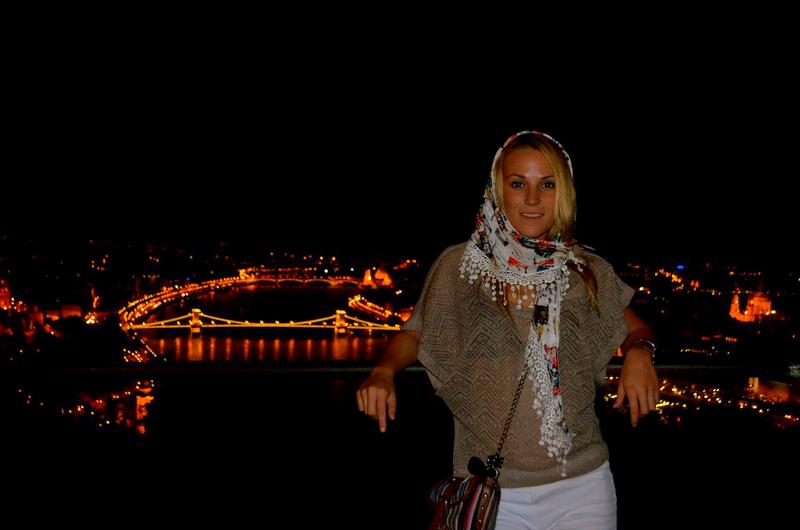 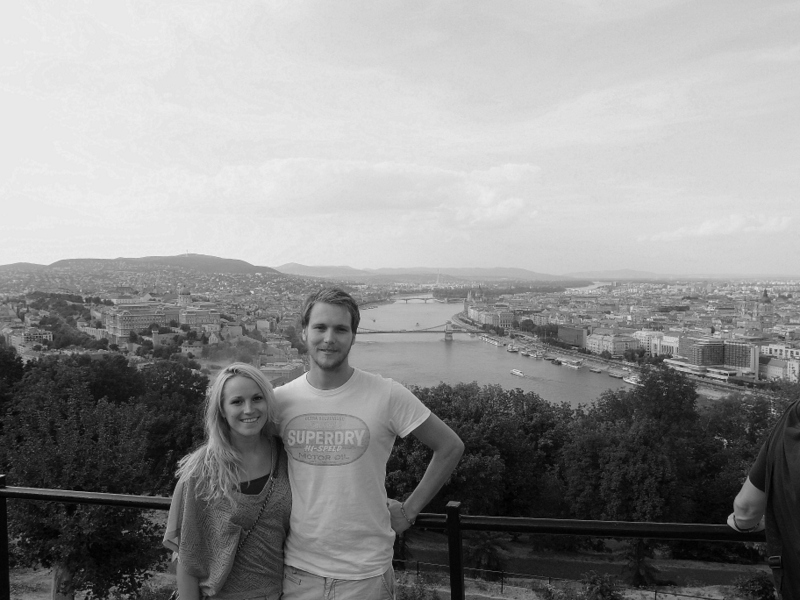 Views from Citadella by day

Andersen Pub: An underground pub located near the “center” (just off Jozsef Varos in District VIII), Andersen Pub is a funky spot popular with locals and foreigners alike.  It has a cool atmosphere, plays good music, and has a well-varied drink menu.  They’re most famous, however, for their  “meter of beer”: ten glasses of beer served in a wooden box. 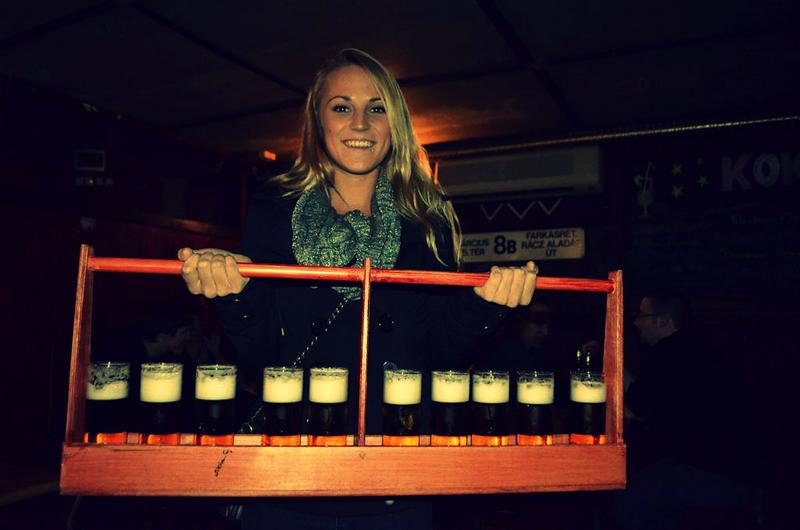 Andersen Pub: Home of the “Meter of Beer” for $5

Szimpla: the biggest and most popular ruin bar in Budapest.  Filled with raw and eccentric vintage decor and a whole mix of people, Szimpla consists of two floors containing a variety of styles of hangout niches.  You can dance, sit in the remnants of a car, and draw on the walls, all while feeling pretty confident that someone won’t nick your drink.  They serve wine, beer, cocktails, and coffee beverages, all for a reasonable price by European capital city standards.  A night out won’t break the bank, and you get to watch an eclectic series of images projected on a massive screen.  It also has an open roof, allowing you room to breathe under the night sky.  Before you go, ask one of the bartenders for a pen so you can leave your mark on a wall. 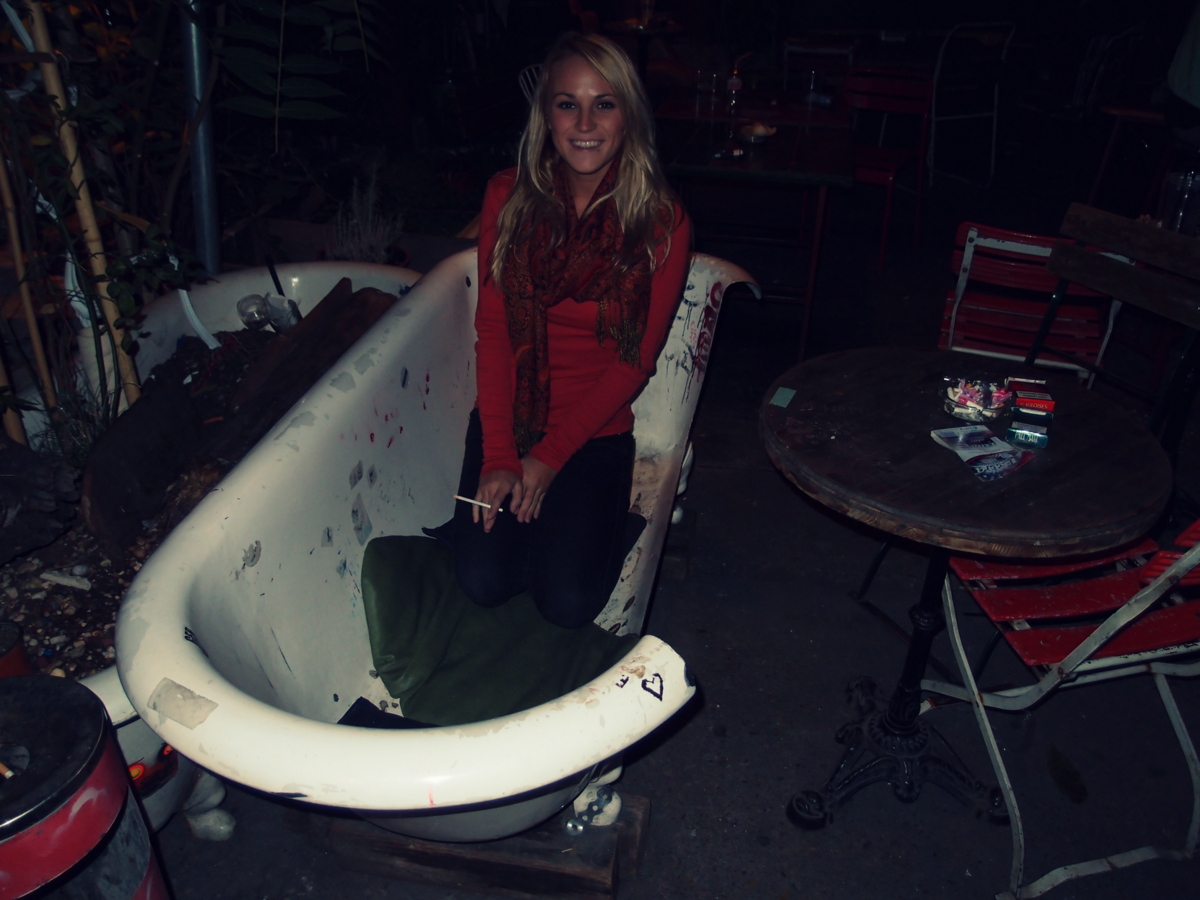 Instant: a raging bar/nightclub (I might be biased, because I was always raging there) that is a huge hit with the locals on any night of the week.  Also built in old ruins, it boasts a whopping three floors with 23 rooms, 6 bars, and 4 dance floors, each with its own distinct vibe: the main floor is where you meet people, grab a drink, and venture up the stairs to the open balcony thinking that you’re outsmarting everyone by getting a drink there.  The upstairs is dark with laser-type lights, with a DJ blasting house and dubstep remixes.  My favorite floor, however, is the basement: with narrow stone walls and a concrete floor, it’s definitely an “intimate” setting, to say the least.  Live performances happen down here, and there’s a huge underground vibe.  Because it’s so dark (and cramped…and loud), you can dance non-stop until about 7 a.m. (ish) when they turn the lights on, without ever missing a beat.  People of all ages party down here (from 18-year-old barely legals to middle aged salsa dancers) and, in my experience, it’s a pretty honest place: my boyfriend’s brother’s girlfriend noticed a guy stealing one of our beers and, when her 100 lb self confronted him, he apologized. 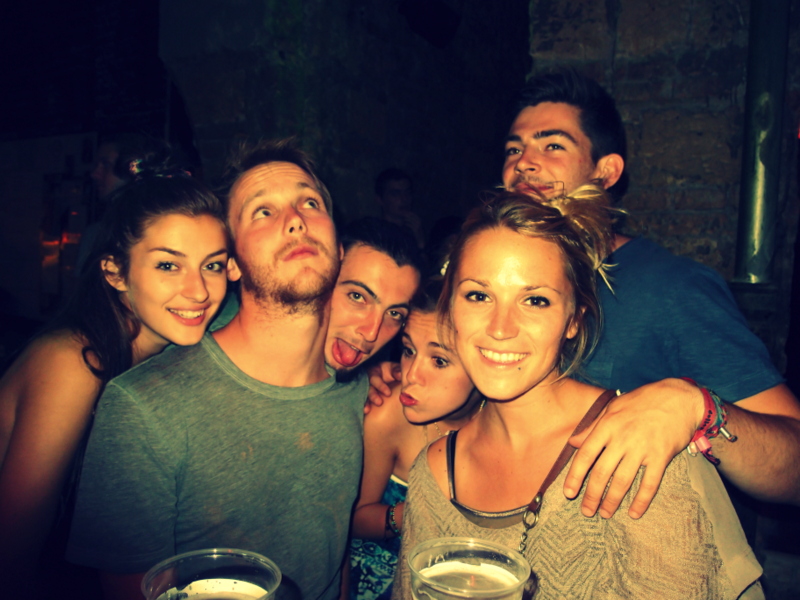 Langos: streetfood at its finest, although I recommend eating it when you’ve had too much to drink in the wee hours of the morning.  It’s a simple recipe: fried dough smothered with condiments and toppings.  There are a few variations with meat and tomato sauce, but the standard sour cream and cheese is the sure way to go. I’ve had it in a few places in central Europe, but none have beat the cheap stalls on the streets of Budapest.  If you want to take on this deep-fried mastery during the day, do so with caution, as it is goes does easily before making you feel a bit ill and gluttonous. 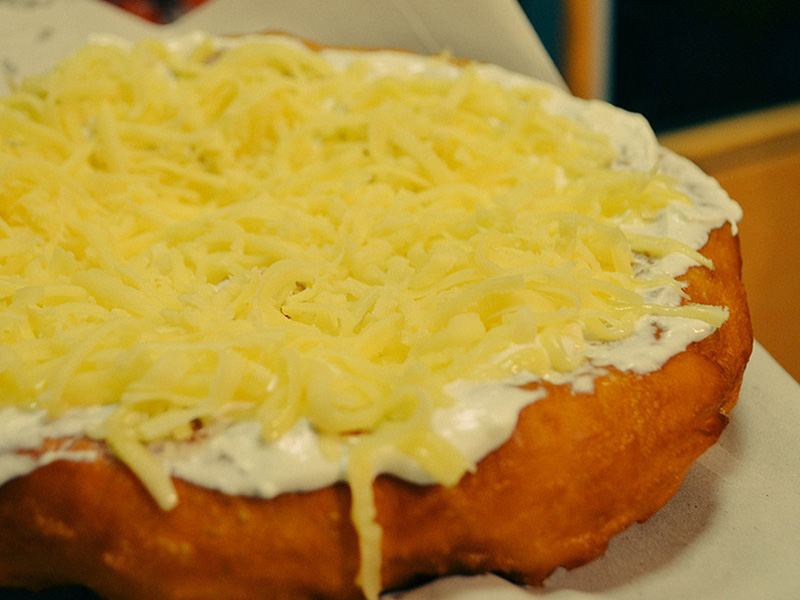 Beautiful Bridges: Budapest is split by the Danube River into two subcities: Buda and Pest (pronounced Pesht).  They are connected by 10 bridges- although only about 5 can be seen from the city center- each boasting its own unique architecture and story; my favorite is Chain Bridge (Széchenyi Lánchíd).  It was the first bridge to connect the two sides of the city, with ferries being used until then.  Construction began in 1840, after Count István Széchenyi missed his father’s funeral because of ferry delays due to bad weather. When it was built, it was considered a modern engineering wonder- I think it should still be regarded as such today. 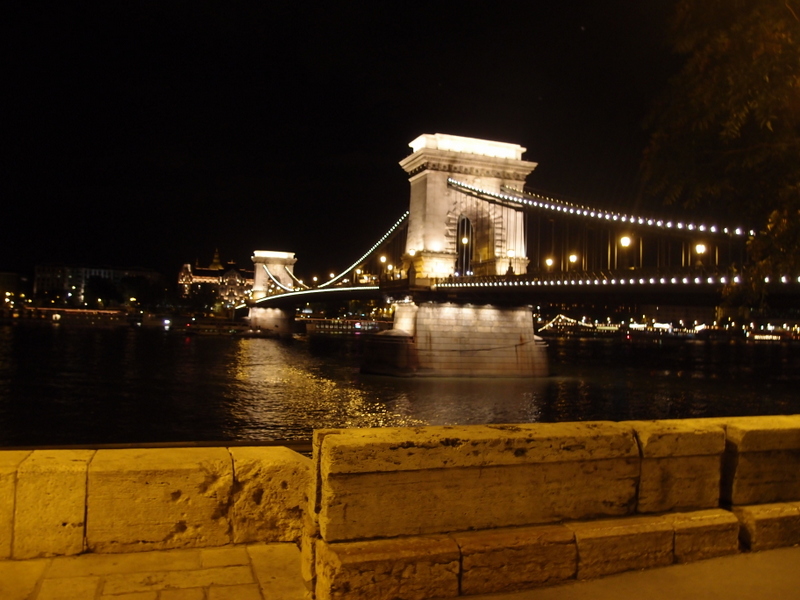 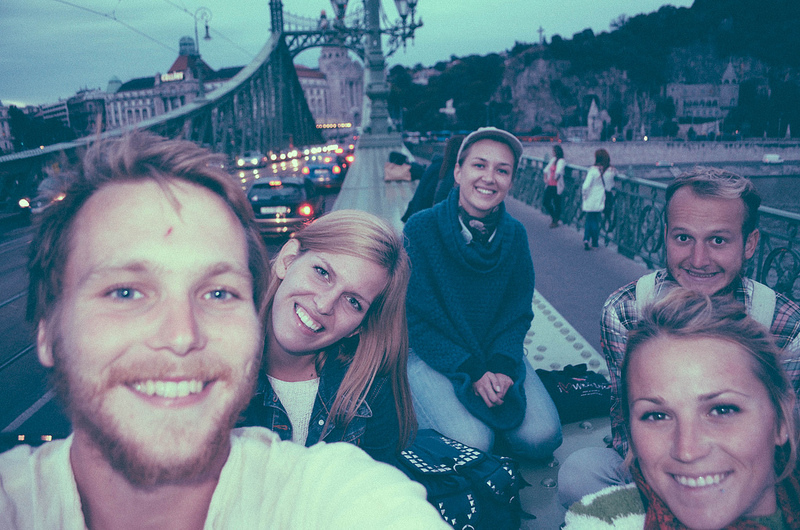 Liberty Bridge: A popular place to meet and drink, with fantastic views 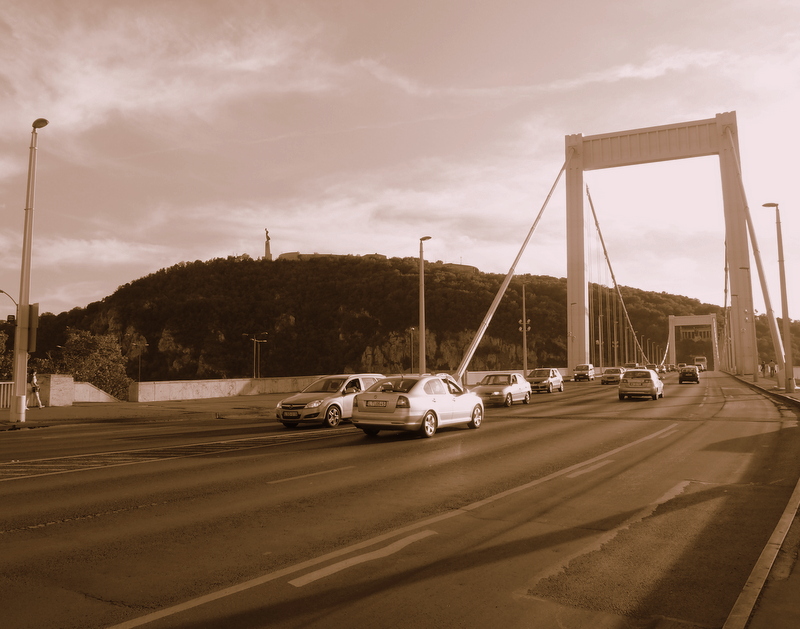 View of the Citadella from Elisabeth Bridge

Restaurants: I’ve had some of my absolute favorite meals in Budapest.  From fine dining to a quick in-and-out, the city has something for everyone.  I highly recommend Hummus Bar for anyone who craves Middle Eastern freshness on a traveler’s budget. 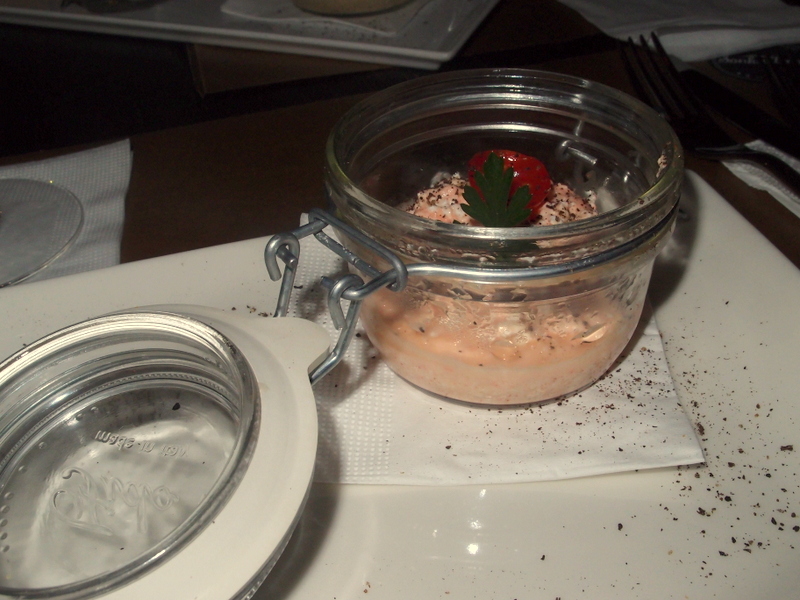 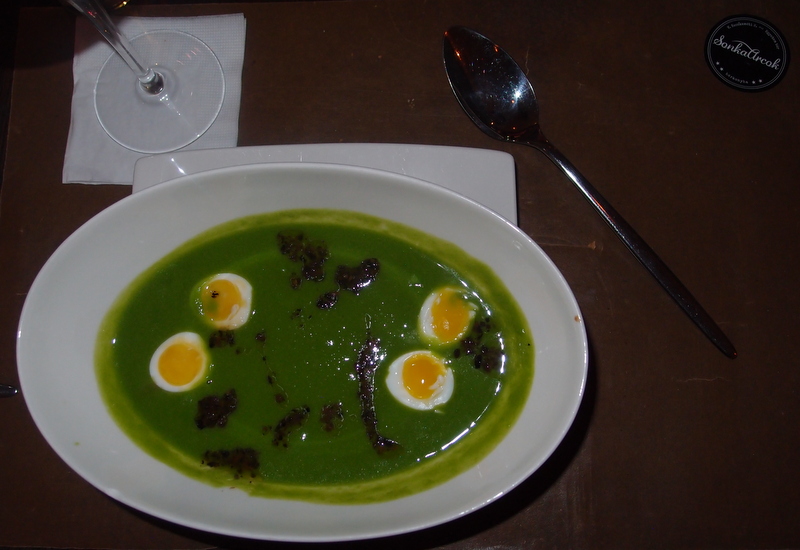 Pea Stew with Quail Eggs and Truffles from SonkaArcok 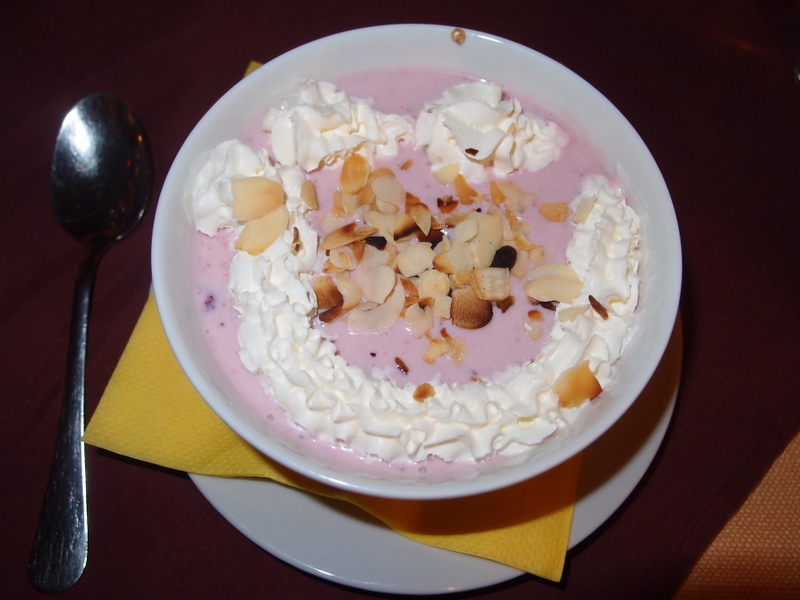 Cold Berry Soup from Darshan Udvar étterem; They even gave me a whipped cream smiley face at 23 years old.

People: There’s a reason why it scored so high in the friendliness category.  I’ll never forget all of you and the crazy times we shared in Budapest.  It seems as though we were having too much fun to stop and take many photos. 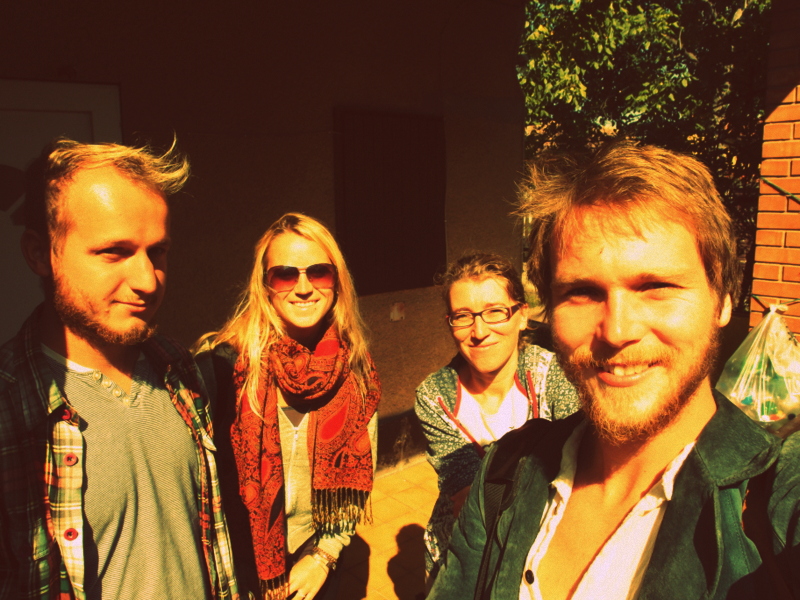 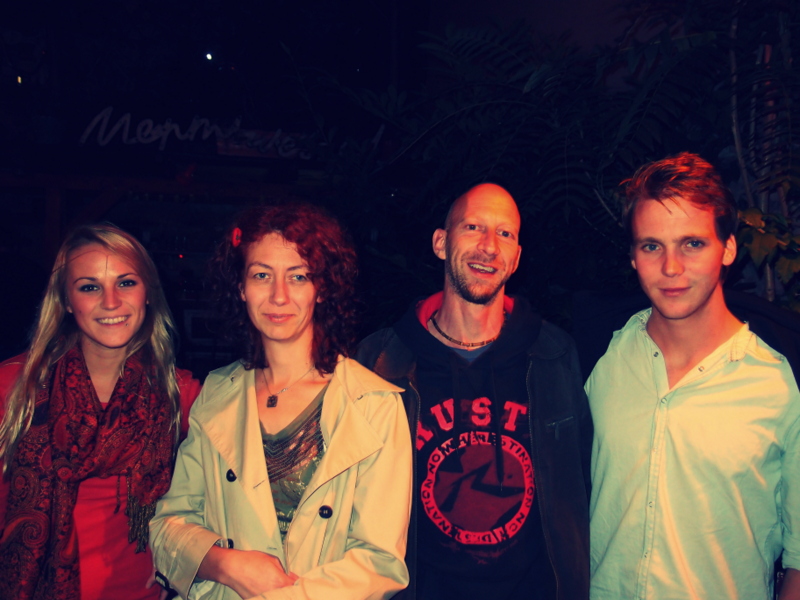