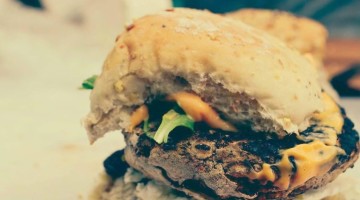 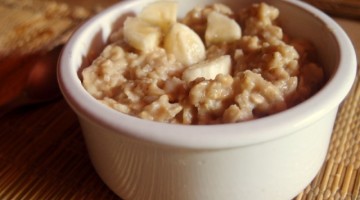 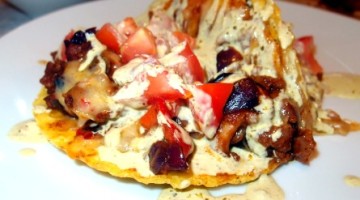 After cycling through England and The Netherlands for over a week, we were excited to be entering country number three.  The first few days in Germany were alright, although we did get kicked out of a grocery store for looking in their bins; the terrain was still relatively flat, the weather was nice, we hadn’t had another puncture or accident, and there are a variety of cheap (and delicious) beers.

We were struggling to find a place to sleep for the night, so we rode up to a farm a few kilometers west of Recklinghausen and were lucky to find a girl who spoke a bit of English.  We asked if there was anywhere that we could camp, and she pointed to the field a few hundred meters away, saying that the farmer wasn’t there.  We thanked her, rode away, and started to cook our dinner, only to see her driving up in her car a few minutes later.  She told us that she’d contacted her friends, a family who owned a pony farm nearby, and that they offered to let us sleep in their caravan.  We graciously accepted, and had an amazing night filled with great conversation and hospitality, cold beers, and a swim in their pool.  After the best sleep that we’d had in days, we woke up to a full breakfast spread.  They even let us ride their horses bareback before seeing us off and wishing us well.

Unfortunately, after only twenty-ish kilometers, we had a bit of an accident, which left my Slovakian companion with some back pain.  Deciding that we should rest for a day, we found internet and posted an emergency Couchrequest.  We had a picnic and a swim in the Rhine River, and were thankful when we got a response to our request.

We then rode for another hour or so until we reached our host’s house in Dortmund.  After nearly two weeks on the road, it was nice to have a day of total rest and a proper kitchen to cook in.  Our host introduced me to quark on pumpernickel, gave us delicious desserts and taught me to make amazing homemade applesauce and potato pancakes.  The next day, we thanked him and were on our way again.  He had warned us that we’d soon be approaching many days of difficult up-hill in the mountains.

I guess I hadn’t really thought about how difficult it’d be to cycle up a mountain (probably since we didn’t do any planning when we decided to go on this journey), but the next few days were fairly miserable for me.  The heat, in combination with the added weight of panniers on the bike, made it feel nearly impossible to overcome the inclines.  There were many times when I felt that I couldn’t push myself any further, and I ended up pushing my bike up the mountains.

Because of our lack of route planning, we ended up cycling on paths through the forest on multiple occasions.  One day we managed to cycle only 18 miles because of the rocky terrain.

We realized that we probably wouldn’t make it to Slovakia by the date that had aimed for, and J and I were pretty disappointed.  We were lucky in that we found loads of fresh berries on bushes and produce in bins, so we were able to make fresher meals than we’d be having lately.

We then had a very unlucky spree of J’s bike breaking down: pedals, handlebars, wheels, the whole nine yards.  At one point, he cycled 15 kilometers to the nearest bike shop using only one pedal.  After a whole mess of drama in that town, we had a God-send: my Slovakian friend was checking the bins and found 15 liters of keg beer.

Fueled on free German beer, we pushed on for the next few days until we hit the ultimate downhill.  We cruised down for a solid 40 kilometers, proud of what we’d accomplished.  We realized that we were more than halfway finished with our journey, and that we just might make it to Slovakia by our deadline.

I was so excited to be moving to flatter ground, until we got some more surprise mountains; I tried to remain calm and collected.

It was also around this time when J and I got separated from our Slovakian companion.  A detour had blocked the road we had to take, and there had been confusion as to which way to go.  We got our first real rain during that time, and took shelter at a bus stop.

The rain finally stopped and we found our friend in the next town.  We continued on through many up and downs until we were again stopped by a storm.  Taking shelter in a pub, we realized how close we were to crossing the border.  After much struggle and tension with each other, we cruised into Czech Republic.

Read the rest of this story in England to Slovakia by Bicycle: The Final Stretch.

Next post England to Slovakia by Bicycle: The Final Stretch