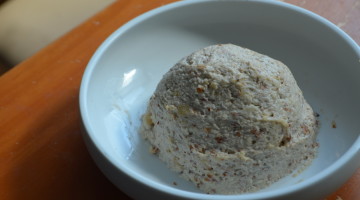 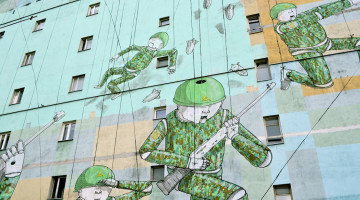 While in Romania, we decided to trade the hustle and bustle of Bucharest for a night at our friend’s rural farm house. We relaxed in old airplane chairs in the beautiful sunshine, devouring a delicious picnic of fresh farm vegetables, cheese, and bread, before going on a motorcycle tour of the village.  The locals enthusiastically encouraged us to try their homemade spirit at the village distillery: a concrete hut at the end of a dirt lane, filled with some primitive copper containers and an open fire.  Everyone in the village used this place to make their own alcohol, taking turns bringing in their oil drums filled with fermented fruit.  Later, I made pumpkin stew over an open fire, and the five of us sat under the stars playing drinking games- an activity that turns memorable quickly when only two participants are native English speakers. 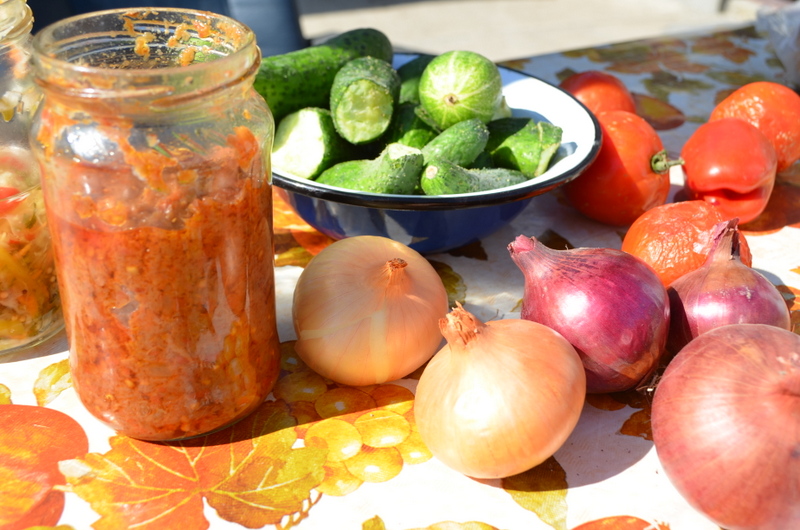 Farm Eating in Rural in Romania

Zacuscă: a popular vegetable spread common in all of the Balkan states.  It’s made from eggplant, tomato, roasted red peppers, and both raw and sauteed onion. 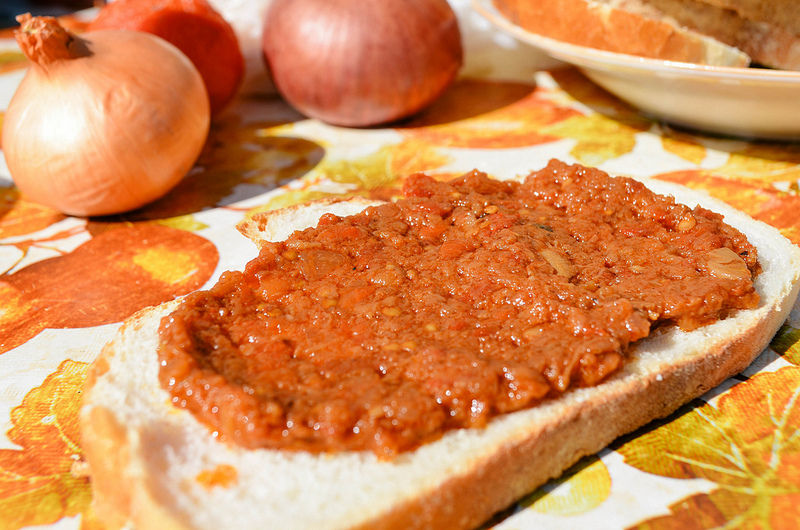 Romanian-style Potato Salad: with black olives, red onion, dill, and mayonnaise.  The dollop in the back is an eggplant, onion, and mayonnaise salad.  I’m not sure if either of these are traditional Romanian dishes, or if they were the brilliant mastery of our friend’s mother; either way, they were amazing. 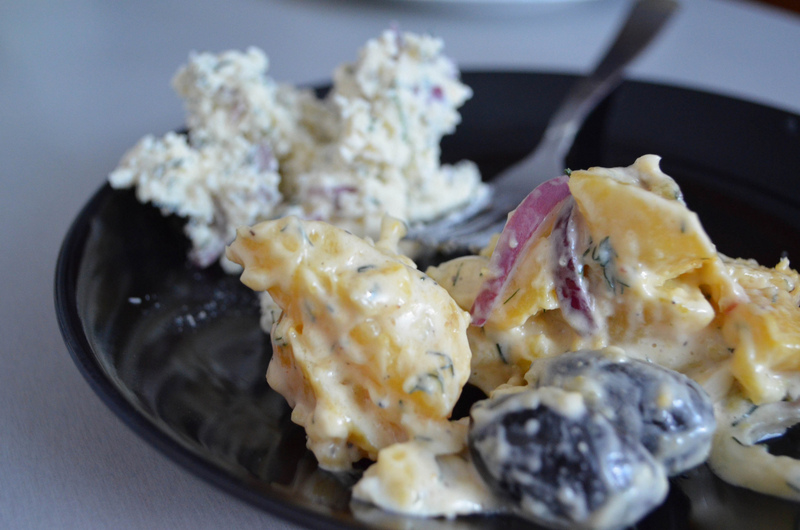 A Fresh Farmer’s Buffet: Romanian lunch tradition stays true to the rest of Central/Eastern European cuisine: raw vegetables, bread, homemade condiments, and fresh cheese…more than a kilo of it. 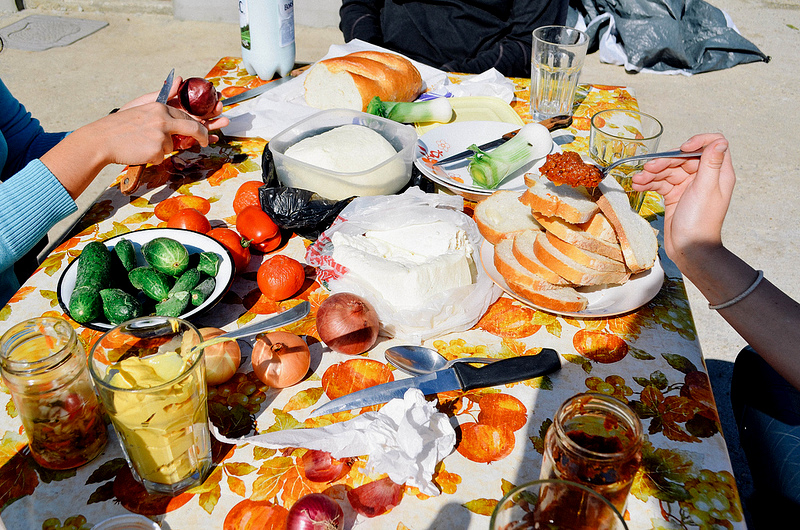 Romanian Farmer’s Lunch (with the BEST cheese I’ve ever had in my life…about a kilo of it.)

Pumpkin Stew: This is NOT a traditional Romanian dish; rather, I introduced it to my friends there (after much skepticism from them).  We had several ripe pumpkins at our disposal, and I immediately thought of one of my favorite culinary creations.  My friends were surprised to hear that I’d be using the “guts” of the pumpkin, but were still willing to dive in nonetheless. It turned out brilliantly, and we were extremely well-fed that night.  The jack-o-lantern just acted as my over-sized garnish. 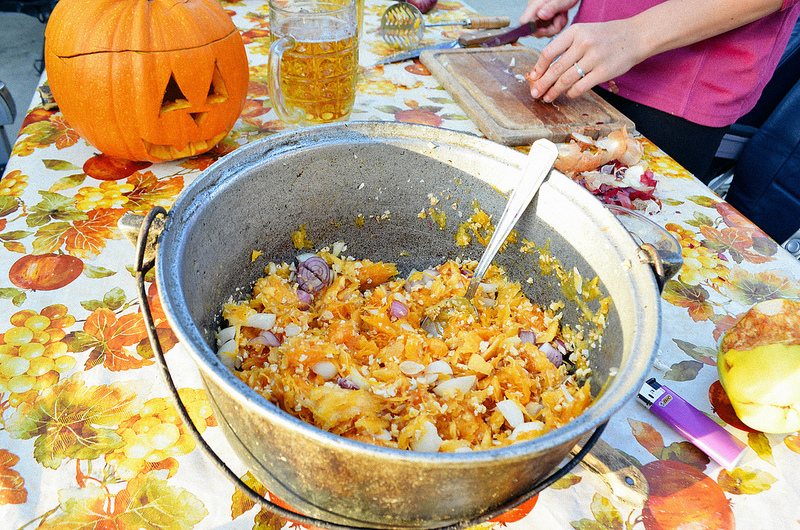