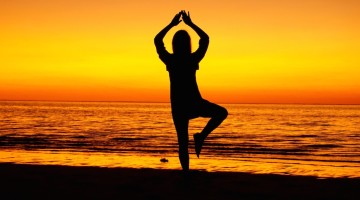 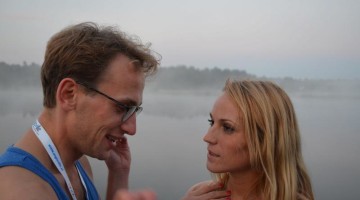 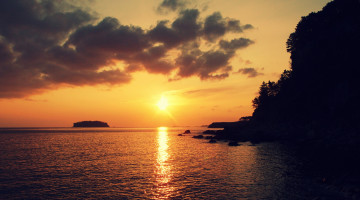 26 Days of Cycling Across Europe 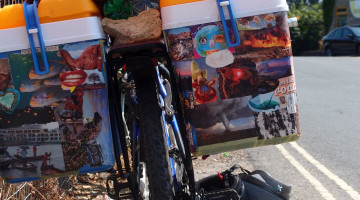 I haven’t been writing much lately. Truth is, there hasn’t been all that much to write about. For the past two and a bit months, I’ve been living in a room above a pub and motel in Carnarvon, Western Australia. Apart from working, I’ve been doing yoga, reading books, indulging in the occasional goon bag drinking game, and not much else. To be fair, I came to Australia on the working holiday visa with the purpose of making as much money as I could and spending as little as possible, making this an alright place to call home for a few months.

J and I were given a few days off for his birthday. Wanting to get out of our desert-encompassed bubble, we hopped in our newly re-vamped 4 x 4 home on wheels and headed north. Coral Bay is a two and a half hour drive from Carnarvon and, admittedly, there isn’t much to look at on the drive. However, after turning off the highway and following a winding road for 12 kilometers, we were greeted by the sparkling aquamarine namesake of the “town”- it’s not a town, really more of a settlement. With less than a few hundred residents, the place runs on eco-tourism. While a park full of caravans is definitely not my preferred type of campsite, we were quite happy to utilize the bed that J had just built in the back of our Jackaroo. Converting your vehicle is easy and cheap; plus, it will save you hundreds on accommodation, as all you need is a spot to pull over in at the end of the night.

Unfortunately, the residents of Coral Bay frown on freecamping to such a degree that someone drives around to parked cars and kindly leaves notices a.k.a. tickets on the windshield. Still, I don’t hold it against them. Tourism makes up their entire industry, so we were fine with following the rules- something we don’t typically get around to doing. Plus, this view was worth the price of every campsite in town combined.

Even though it’s tiny, there are still a few options for accommodation, dining, and activities.

Like I said, the locals aren’t too fond of freecampers, so if you want to take the free route, definitely don’t get found on the beach. Move North up the beach to a peninsula for best coverage. To keep it easy and worry-free, we booked in at People’s Park, one of the two caravan grounds in town (the other being Bayview). The price varies by time of year and number of people. Be prepared for families and elderly couples.

I was fairly surprised that the town had more than one place to grab a bite. However, it offers a small selection- Fin’s Cafe right next to the corner shop and People’s Park even has a few veggie options of the day. Just in front of the other campground, a pub advertises gastro-pub cuisine and alfresco dining with a twist of the sea, but average veggie pub food is available, as well.  At the end of the street, in the Ningaloof Resort complex, we found an outdoor pub with an eatery next door. I was too hungry from a day of driving and snorkeling to take a photo (oops), but our trio of dips served with Turkish bread and the gourmet veggie stack drizzled with aged balsamic were out of this world (and cheap, too). We paid around $25 (AUD) to split two dishes and left without being able to finish it all.

For good ol’ fashioned DIY cooking, head to the supermarket near the tourist info- you can’t miss it, as it’s the only one.

A perfectly untarnished white sand beach stretches the length of the town. However, you’ll have to share with all the other sun bathers. If you’re traveling with a group, it’d be a great place to get some frisby or footy going.

Coral Bay’s main attraction, though, is its aquamarine sea. Being afraid to jump in the water won’t really fly here. We each bought a ticket for an all-day snorkel adventure, costing us about one shift’s worth of wages; it was completely worth it. For eight hours, we cruised around different areas of the reef, jumping off to interact with the fish, marvel at sea turtles, drool at the majestic manta rays, and not get sick in our mouths over seeing sharks. Alright, they were reef sharks and are “completely harmless”, but still. Our photos may look a bit Titanic-footage-esque, unfortunately, but the water is actually ridiculously clear…

although not clear enough for me to avoid getting my first jellyfish sting?

Plus, if you schmooze the right captain, he’ll let you jump off the roof of the boat.

And you’ll definitely leave with friends. This little guy sought shelter under my tummy for twenty minutes. I called him Teddy.

The tourist info center- a place I usually actively avoid visiting- is the heart of the town here. From eco-tours on quad bikes and boat rides to diving and snorkeling ventures, the friendly staff will assist you in finding the perfect activity for you.

Traveling on a budget isn’t always easy, and sometimes it’s OK to splurge a little.