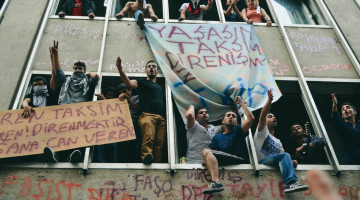 A Guide to Being Vegetarian in Czech Republic

Passport issues are a tedious bureaucratic mess when you’re in your home country. Dealing with the issue of a lost, stolen, or damaged passport whilst traveling is an immediate fun-sucker that can quickly put a damper on your plans if not dealt with accordingly. I recently had this issue.

A few months ago, while I was living in Carnarvon, Western Australia, I was rummaging through my handbag, carelessly pulling things out of it. My passport wasn’t in its protective covering at the time- sidenote: get a case and always keep it in there. In the process, I managed to rip the photo page at its seam (a.k.a. the single worst possible place you could rip it). After ringing the U.S. Consulate in Perth and receiving no response to my messages, I decided to put off getting another one for a while, as I wasn’t in desperate need.

After being in Darwin for three months now, the time has come to depart and fly across the Timor Sea to Indonesia. As the former frontier town doesn’t have U.S. Consular Services, I got into contact with the major consulates in both Sydney and Melbourne. I may have bent the truth regarding the timeline of events, but my aim was to get an emergency (temporary) passport sent to me. Unfortunately, this option was unavailable to me- I’m still unsure as to why.

My next stop in the process was to inquire about going through the full application process via mail. Here is where it gets a tad tricky. New passports can only be sent in the mail under a few circumstances, one being that you must be able to trade in your old, undamaged passport. People wishing to change the name on their passport, replace an emergency passport, or renew a passport around the time of its expiration are also valid mail candidates. For all other issues, you must present yourself in person at a consulate, no matter how far away you may be from one.

This was fairly irritating, yet not unexpected news to me, as it meant that I would need to sacrifice several hundreds of dollars from my budget to travel across the entirety of Australia. On the downside, this was financial suicide; on the upside, I got to go to Sydney for the first time.

As the U.S. is quite strict in these types of dealings, you need to be sure to follow the steps correctly and be prepared. First, book an appointment online at the consulate closest to you. This is simple and can be done on the usembassy.gov site corresponding to your desired location.

Next, prepare the necessary documentation, which will be outlined on the same site. For my situation, I just needed to print my appointment letter for presentation at the consulate entrance. You will also need a 2″x 2″ passport-style photo. Make sure to state this when you go to get your picture taken at a studio abroad, as Aussie and British photos adhere to a different sizing scale. The last thing you need to bring with you to the appointment is a pre-paid Express Post padded envelope for your new passport to be sent to you.

Lastly, you must consider the fees. In addition to paying for the physical passport, you will also need to pay consular fees. In total, I paid over $200 for my appointment and passport. The card machine also happened to be down on the day of my appointment, so I had to pay in cash. Be ready for that, too.

Although it was expensive, I got my new passport two flights and a 10 days later. The person serving me at the appointment was extremely friendly and accommodating and the entire ordeal was over in an hour. If you find yourself in a similar situation, don’t panic. Make an appointment a.s.a.p. and keep it moving- being passportless in a foreign country should not be your most memorable travel experience.

Now, I’m all sorted for my next decade of travel. Next stop, Bali!

Next post Riding the Train from Jakarta to Yogyakarta

At Home in Tassie