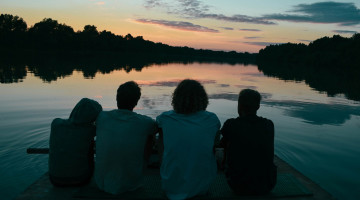 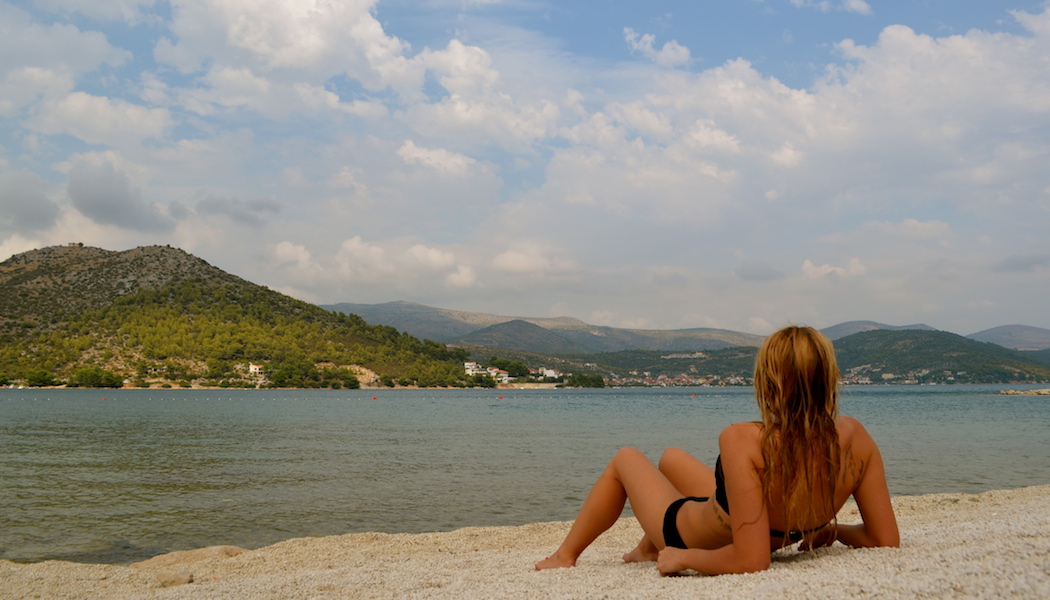 I had just skipped my flight a week prior, and I’d already done things that I never thought I’d do in my entire life: hitchhike with a total stranger (plus the drivers), Couchsurf in rural Slovakia and Budapest with total strangers, and slam locally made liquor with village strangers. J and I had just had the most wonderful adventure, and I was floating on cloud nine.  He’d mentioned that he was due to meet his dad, one of his brothers and his brother’s girlfriend in Croatia, and I’d agreed to join him.  After quite a bit of unfortunate hitching, we found ourselves a few hours short of the place where we were meant to meet them- they had just driven all the way from England, as his father has a fear of flying.  The skies were filling with ominous-looking clouds, and we decided to throw in the towel, calling his dad and accepting defeat.  A few hours later, a silver truck came surging down the Hungarian freeway, passing us by a few miles before turning around to pick us up. 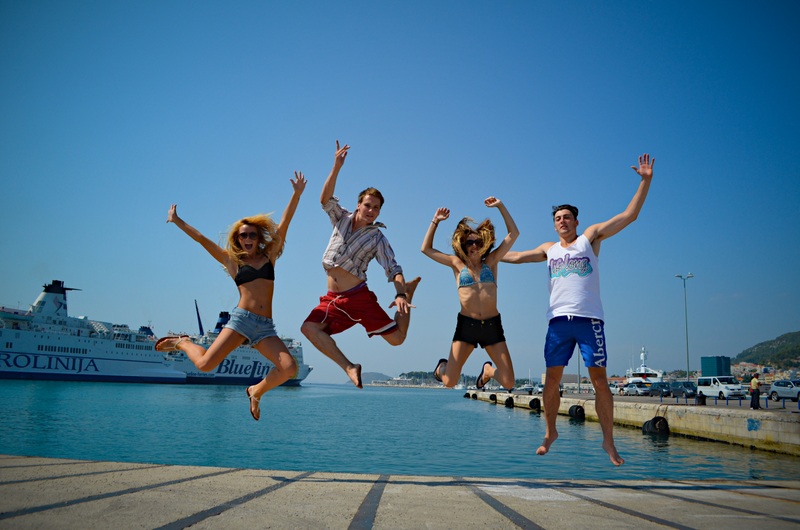 The Port at Split, Dalmatia

I knew nothing about Croatia before entering it, but I knew that it would prove to be a magical place from the second I arrived. We drove through the country for the next few hours, saddened by the amount of bullet-ridden walls of what used to be Yugoslavian homes, heading for the historic city of Split, in the southern province of Dalmatia. After a relaxing night, we went down into the city to visit the Palace of Diocletian-the last Roman emperor.  With inspiring architecture, lovely sea views, and a boardwalk filled with bars and cafes, it’s a definite must-do while in the city. 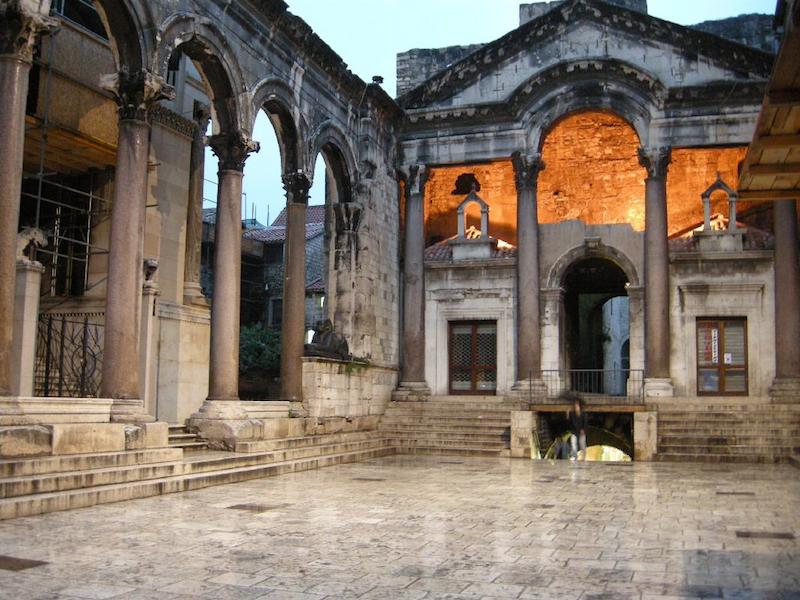 We then moved on to the tiny town of Solin, where the ruins of the ancient city of Solona sit.  These ruins remain well intact, complete with an amphitheatre, thermal baths, and a burial ground. It’s a site frequently skipped by tourists, making it a private and cost-free place to spend an hour or so. 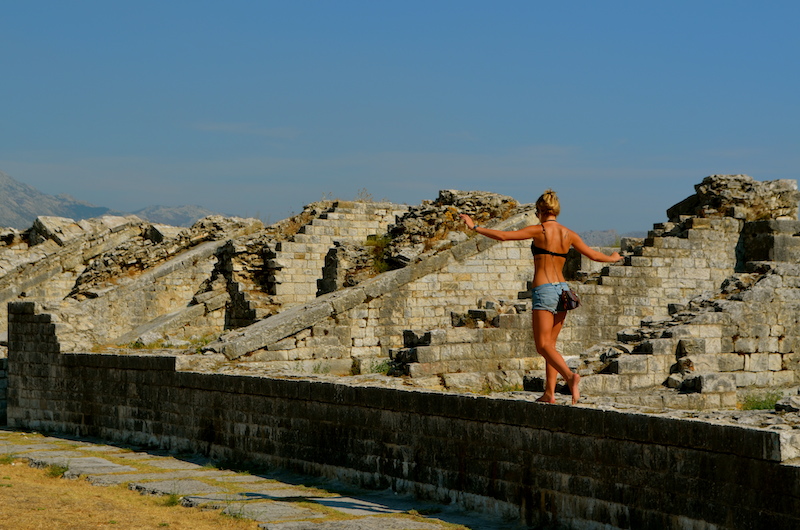 It hadn’t rained in Croatia for several months.  The country already has quite a dry landscape, but the  drought that summer had made it much worse.  While driving in, we saw a massive forest fire burning in the night sky.  That day, the skies opened, unleashing waters comparable to the Great Flood.  Thankfully, we were able to catch a few hours of beautiful sunshine on a secluded village beach about 45 minutes north of the city before taking temporary refuge in a covered farmers market.

A Perfect Sunset Over the Adriatic Sea

After being in cities for the past few days, we were in desperate need of an organic getaway.  Fortunately, we were a short drive away from a UNESCO World Heritage natural wonder site: Plitvice Lakes.  The national park extends over nearly 300 square kilometers of beautiful forest, caves, waterfalls, and, obviously, lakes.  Strict regulations are in place to keep the park  aesthetically mind-blowing and completely free of modern constructions. 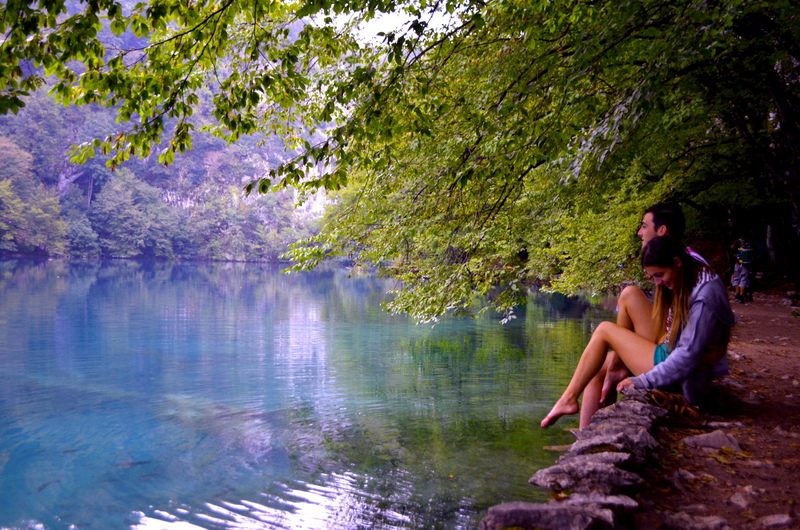 It was the perfect way to end my time in Croatia… 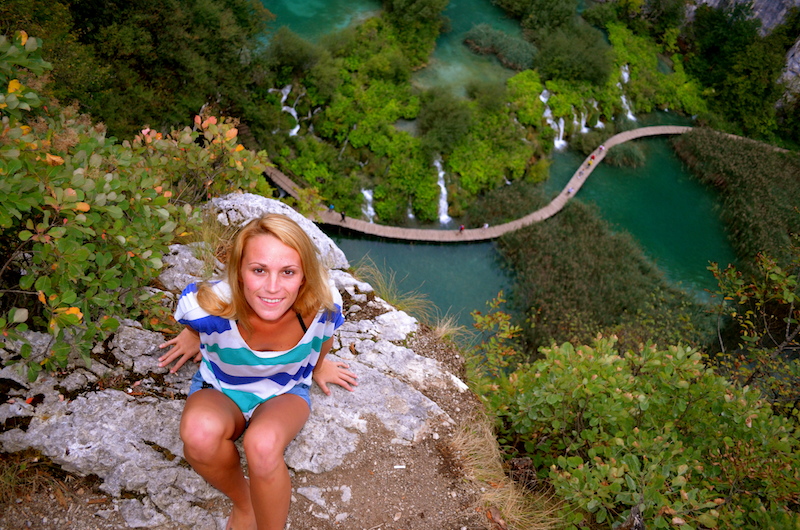 …until J nearly flipped over a cliff. 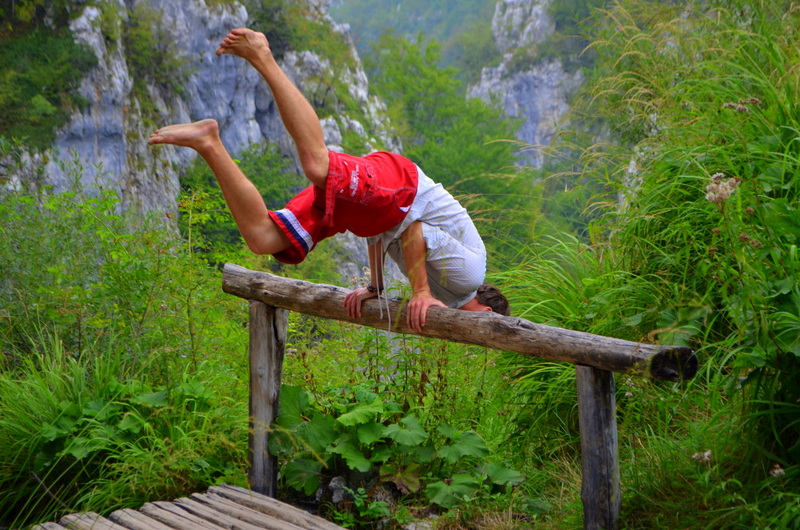 Handstands: there’s a time and a place. 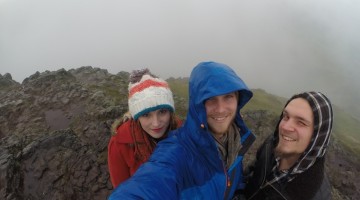